Veganism is something that’s seeing more and more of a boost in popularity as time goes on, and it’s easy to see why! As chefs are now getting used to the concept of vegan food, they’re able to experiment and make truly exquisite dishes!

We’ve scoured around for some of the best vegan places in Miami, and we’re happy to say that we’ll be sharing them with you here. Without further ado, let’s talk about them!

We’re also going to speak about a couple of other things about veganism – it’s a fascinating subject, and together, we’ll learn a thing or two!

Perks of Being Vegan

A Boost of Certain Nutrients

Whole food diets have long been known to have a heightened level of certain nutrients in them. At the end of the day, that’s why you were always told to eat your veggies as a kid – they’re great for you!

Cutting meat out of your diet and embracing veganism can lead to greater amounts of potassium, antioxidants, and beneficial plant compounds in your diet. How handy!

Generally speaking, vegan diets can offer fewer calories for the same amount of food, by volume, when compared to a meat-based diet. This means that if you ate until your stomach was full on a vegan diet, you would be ingesting fewer calories!

Therefore, a vegan diet makes losing excess weight while not focussing on it a very achievable task. The one thing that we would suggest, however, is to be careful around vegan meat substitutes. They’re often quite calorie-dense, so they can negate weight loss effects.

Scientific studies have shown that vegan diets may, to some extent, reduce the risk of type two diabetes! People that follow vegan diets generally find themselves being less insulin-resistant than meat-eaters, though more science is needed to show a definite correlation.

A vegan diet is particularly effective at reducing blood sugar levels in general. In turn, this prevents a number of further medical issues from developing, including renal issues. While it’s not a substitute for medical care, the benefits of a vegan diet cannot be understated.

Biryani is an amazing recipe no matter what you might add to it! At the most basic level, it’s a rice dish that’s chock full of vegetables and chickpeas. It’s delightfully dense with both flavor and stodgy rice, making the perfect winter warmer!

This recipe in particular is really quick and easy – it comes together in no time at all, just how a great weeknight dinner should. We love to serve this recipe with a sauce or drizzle that’s really quite like – something like a coriander and mint chutney is a wonderful idea! It’s bright, acidic, and really tasty too.

Shepherds pie has been the go-to in any number of homes around the world for a long, long time now. It’s about time it gets boosted into the vegan age with an amazing recipe!

This recipe is particularly tasty, as it’s made with a wonderful blend of mushrooms and root veggies that give the dish a blend of different great flavors that match up well with one another. The dish is topped with some incredible mashed potatoes, which are always something that brings joy to anyone’s soul!

Domestic plant-based products have seen a similarly astronomical rise, For a while, vegan food seemed to be the domain of simple, vegetable stews that have been supplemented with far too much heat than is good for them. This recipe is everything terrible about that inverted perfectly.

The eggplant easily and powerfully soaks up the heat of the chilies in the recipe, leading to a deeply powerful flavor that’s equally as hot as it is bassy. We love the addition of peanuts in this recipe – they make everything creamier and richer! If you’re not a fan, we’d recommend swapping out for another kind of nuts, such as cashew or almond.

True food kitchen is a fantastic spot that harkens back to the time when Planta is an amazing spot with food so good that even the most determined carnivore could be swayed! The thing that truly clinches the amazing quality of the food here is that we would happily have these vegan versions of the meaty classics. For example, we could go for a plate of these cheesy nachos any day of the week!

Finally, we would be remiss not to mention the incredible veggie sushi that they serve at Planta. It’s rolled fresh for you in the dining room, and the combination of amazing produce and huge amounts of skill results in devilishly great food.

Up until quite recently, we haven’t been too in love with raw food. It’s always seemed a little unfinished, and we’ve turned away from it.

Until Delicious Raw, that is.

Delicious Raw is a California chain with a spot in Miami that is perfectly in the middle of the health-conscious Sunset Harbour neighborhood. They’ve found some incredible ways to rework vegan ingredients into copycat burgers and pad Thai, making food that’s amazing in its own right.

We love that this spot has a straightforward approach to the food it makes – take an idea, make it vegan, and then make that thing well. In our opinion, a great number of places feel entitled to be too fancy, but not delicious raw. They just make amazing food, and they do it amazingly well.

Take a look at their restaurants!

Manna Life Food is a brilliantly chilled-out spot to enjoy some food at any time of the day, but there’s nothing quite like a great breakfast there! Their amazing coffee is second to none, and the menu is protein-dense in all the right meals. We’ve heard spectacular things about their arepas, so try one out next time you’re in the neighborhood!

We love that if you’re not quite sure what to order, you can feel free to ask one of the clean-eating gurus who work within the establishment. They’re happy and friendly, and always eager to help you get something that you’ll enjoy.

Visit one of the Manna Life Food Locations today 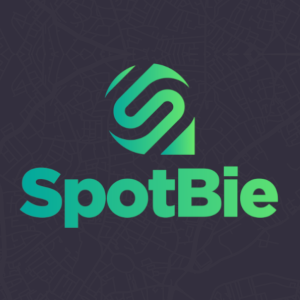 © 2022 SpotBie
Earn Loyalty Points from nearby places to eat, retail stores, and events.
Are you a business owner?